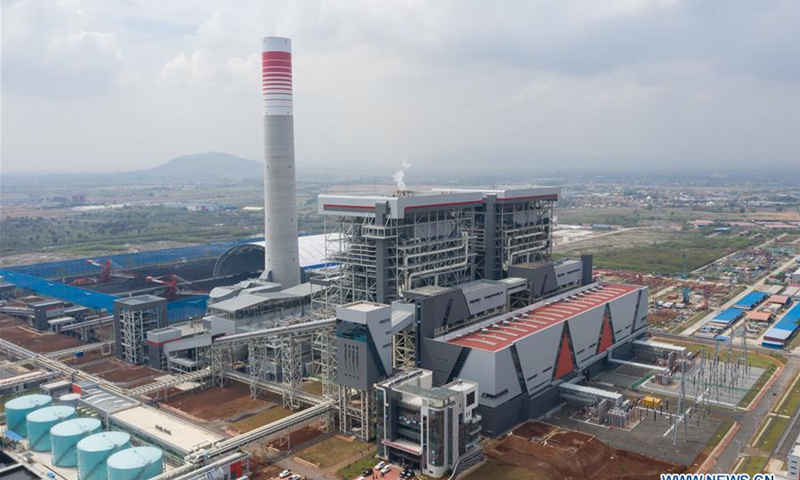 President Xi Jinping’s pledge at the United Nations General Assembly on Tuesday that China will not build new coal-fired power projects abroad is seen by observers as a sign that Beijing is devoted to curbing global warming with the “firmest determination and greatest efforts,” in order to achieve its green commitment on schedule and build a better future.

In contrast to US President Joe Biden’s hollow promises on climate change, COVID-19, and global unity, on which the US hasn’t contributed much or, in some cases, even sabotaged progress, experts have hailed Xi’s remarks and said they show a devotion to solving humanity’s most crucial issues.

“China will step up support for other developing countries in developing green and low-carbon energy, and will not build new coal-fired power projects abroad,” Xi said.

He also reiterated that China will strive to peak carbon dioxide emissions before 2030 and achieve carbon neutrality before 2060. “This requires tremendous hard work, and we will make every effort to meet these goals.”

Experts said the goal is in line with China’s detailed timeline of meeting its overall targets. “China will gradually detail its existing goals, such as the coal industry reaching the carbon emissions peak earlier,” Li Junfeng, former director general of China’s National Center of Climate Change Strategy Research under the National Development and Reform Commission, told the Global Times.

Li Haidong, a professor at the Institute of International Relations of China Foreign Affairs University, said that the promise to stop building coal projects overseas will encourage other developing countries, who are cooperating with China, to turn to clean energy and contribute to the fight against climate change.

At a US-led global climate summit held in April this year, Xi promised that China will include the strategy to reach carbon emissions peak and carbon neutrality into the country’s whole layout of building an eco-civilization. He said China is supporting places and key industries that have the ability to reach the carbon peak first, and the country will impose strict regulations on the coal power industry.

Li Haidong said that making such a powerful pledge at a UN meeting also demonstrates China’s respect for the UN and the international community, “it shows China’s sincerity in curbing global warming to the world.”

At the same UN event Tuesday, Biden also detailed his vision in leading the US into a new era of diplomacy, and dealing with global challenges including COVID-19 and climate change.

In contrast, the US has done very little on climate change. The country has also failed to curb the pandemic, which has now killed more Americans than the 1918 flu pandemic. Biden’s ‘America is back’ slogan has also met with dissatisfaction from America’s allies over its hasty withdrawal from Afghanistan. AUKUS, a trilateral partnership recently formed with the UK and US to help equip Australia with technology to build nuclear-powered submarines also triggered fury of France and the EU.

“Biden’s pledge comes amid a very awkward time as his administration is struggling to fulfill promises it made during the election,” said Li, adding that this UN General Assembly serves as another chance for the world to see that US’ words are “not trustworthy.”

“One country’s success does not have to mean another country’s failure, and the world is big enough to accommodate common development and progress of all countries … The Chinese people have always celebrated and striven to pursue the vision of peace, amity and harmony. China has never and will never invade or bully others, or seek hegemony,” Xi said.

Xi said that China has pledged an additional $3 billion of international assistance in the next three years to support developing countries in responding to COVID-19 and promoting economic and social recovery.

Li said that looking back, the US has been devoted to meddling in other countries’ domestic affairs, be it infiltration, or even waging wars in the name of “nation building,” and every country the US had its fingers in was thrown into chaos. China is devoted to helping other countries’ development, and doesn’t export its ideology nor force countries to take side.

“Then who is the destroyer, who is the builder; who is doing deeds for its own sake, who is helping the international community, it’s obvious to all,” said Li.