Since the Belt and Road Initiative (BRI) was proposed in 2013, China has invested and constructed more than 80 hydropower projects globally across six continents. While helping different regions raise standards of living and stimulate their economies, these projects also demonstrate the concept of “green development” in their design, construction and operation procedures.

Western media, led by US outlets, have ramped up efforts in smearing China’s BRI ecologically focused projects, and turned a blind eye to China’s efforts in saving the fragile biodiversity in host countries.

For instance, US media network VOA accused Chinese-sponsored dams built along Mekong River of damaging the ecosystem and fisheries that millions of people rely on.

However, the Global Times talked to the projects designers and frontline contractors who showed evidence to the contrary. From the Mekong River basin to Africa, Chinese contractors are placing environmental protection and social justice as a top priority. The Karuma Hydropower Plant in Uganda.

The Kaleta hydroelectric dam has been called Guinea’s Three Gorges. A hydropower subsidiary of China’s Three Gorges Corporation was even involved in its construction. For many, the dam is not only a symbol of China-Guinea friendship, but also BRI’s high standard on environment conservation.

Since the beginning of the project, the environmental benefits were always seen as important as economic and social benefit, according to a statement from the Three Gorges Corporation.

“All the necessary measures should be taken to avoid pollution incidents, and avoid damage to the credibility of the company overseas,” the statement noted. “During the project, no major environmental problems happened, and no lawsuits regarding the environment from the host country were received.”

“We have made strict plans for safety and environment. We rejected any devices that could cause environment problems into the construction site,” Zhang Rujun, who worked at the project from 2011 to 2015, told the Global Times on Wednesday.

The BRI has its requirements on environment, and big state-owned companies in China will also strictly make their own environmental standards, Zhang said.

The local government had invited a French company to serve as technical consultant and evaluate and review every step of the project. “We worked very well together,” Zhang said.

The vast majority of Chinese enterprises in overseas hydro-engineering construction projects fully comply with the environmental laws of the host country, and they usually employ a third-party assessment team to evaluate their environmental solutions, the spokesperson of International Center on Small Hydro Power, a non-profit institution operating under the auspices of the United Nations Industrial Development Organization (UNIDO), told the Global Times.

As a technical advisory body of the UNIDO, the center has a clear understanding of the goals of the UN 2030 Sustainable Agenda, especially those related to the environment, he said. 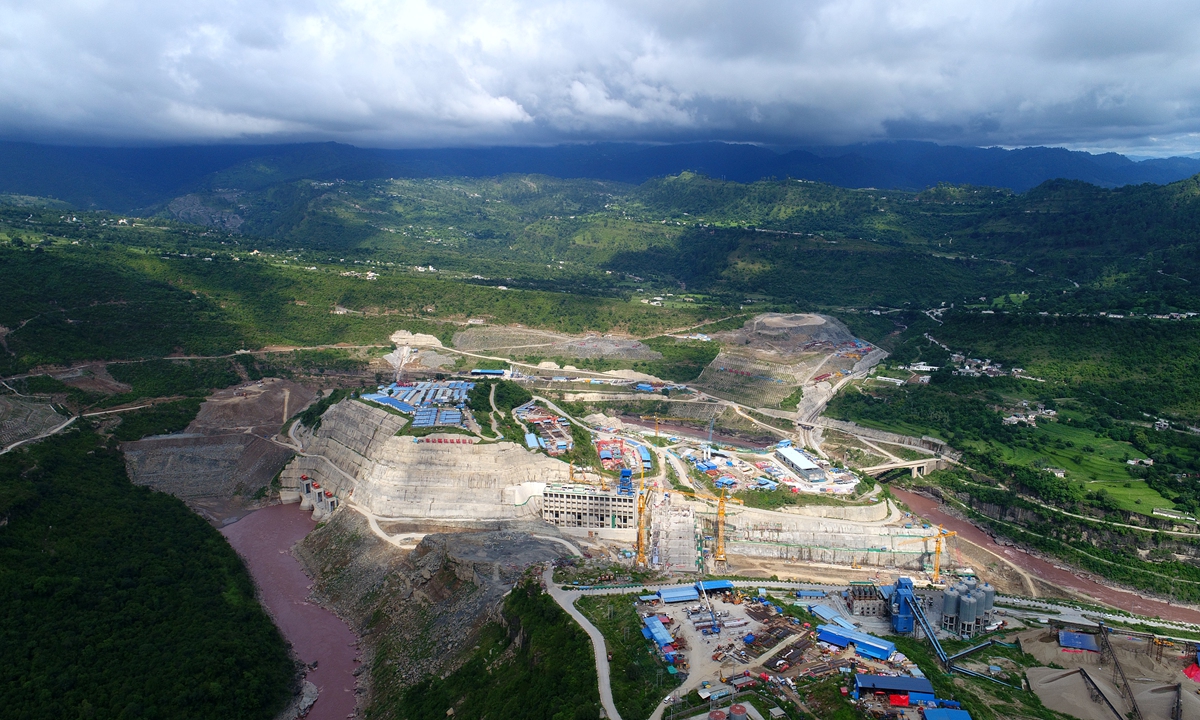 The construction site of Karot Hydropower Project in Pakistan

All industrial waste will be recycled or disposed in a specially designated waste field to prevent waste material from being dumped into the river, poisoning the river and endangering riparian villagers as a result. Industrial effluents were also drawn into special sedimentation tank for disposal, Wang said.

For the completed parts of the project, the temporary construction facilities will be dismantled as soon as possible so land can be returned to residents for tillage.

“At the beginning of this design, we have hired an international company to carry on Environmental and Social Impact Assessment (ESIA) according to the high standard,” Yan Xinde, a senior engineer at China Three Gorges Corporation who is in charge of the Karot Hydropower Project in Pakistan, told the Global Times.

The construction of the project is under multi-party supervision. This design not only conforms to Chinese standards and Pakistan’s, but also meets the requirements of IFC environmental and social sustainable development, he said.

To share China’s successful experience in “green-hydropower,” the center has organized various technical training courses at home and abroad, to equip more than 1,000 engineers in more than 100 developing countries with more practical constructive techniques for hydropower stations.

Chinese companies have participated in building at least 320 hydropower plants around the world, media reported in 2019. Between 2013 and 2018, China has invested or built 89 hydropower projects, according to the energy-focused news website bjx.com.cn. 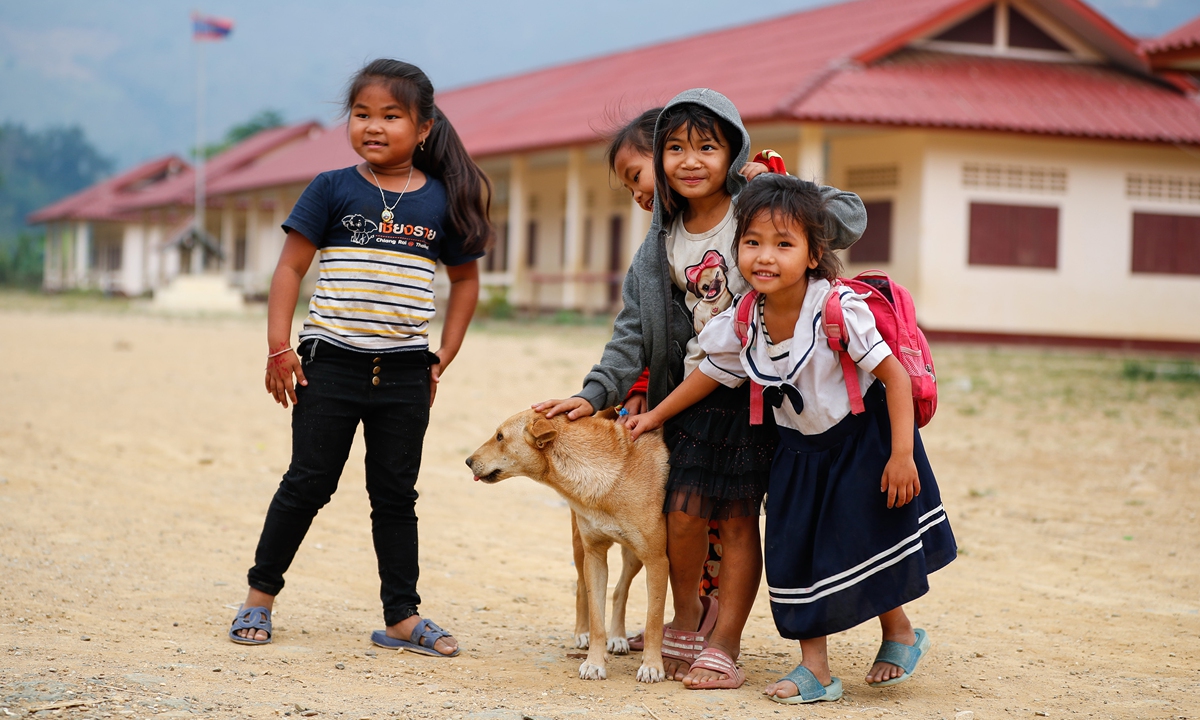 On a section of White Nile in Uganda National Reserve, live a big flock of hippos. They have strong territorial consciousness and never leave their bay.

They live a peaceful life, probably not realizing that only a dozens of meters away, a hydropower plant was being built.

The Karuma Hydropower Plant was able to generate 600MW of electricity once it was fully operational and is a key project for the African country. It was built by the Sinohydro Engineering Bureau 8 Co Ltd based in Central China’s Hunan Province.

With the concept of ecological conservation in mind, the Chinese company has been doing its best to protect the environment during its construction of the project.

To ensure the safety of the hippos, the company closed the lower stream region of the river, not allowing any construction worker to enter. This also made sure that stones from blast operations would not hit the hippos.

Li Ji, who worked on the project, told the Global Times that the Karuma project barely affected the local environment and did result in residents having to leave. “We set the highest standard on the environment,” he said. 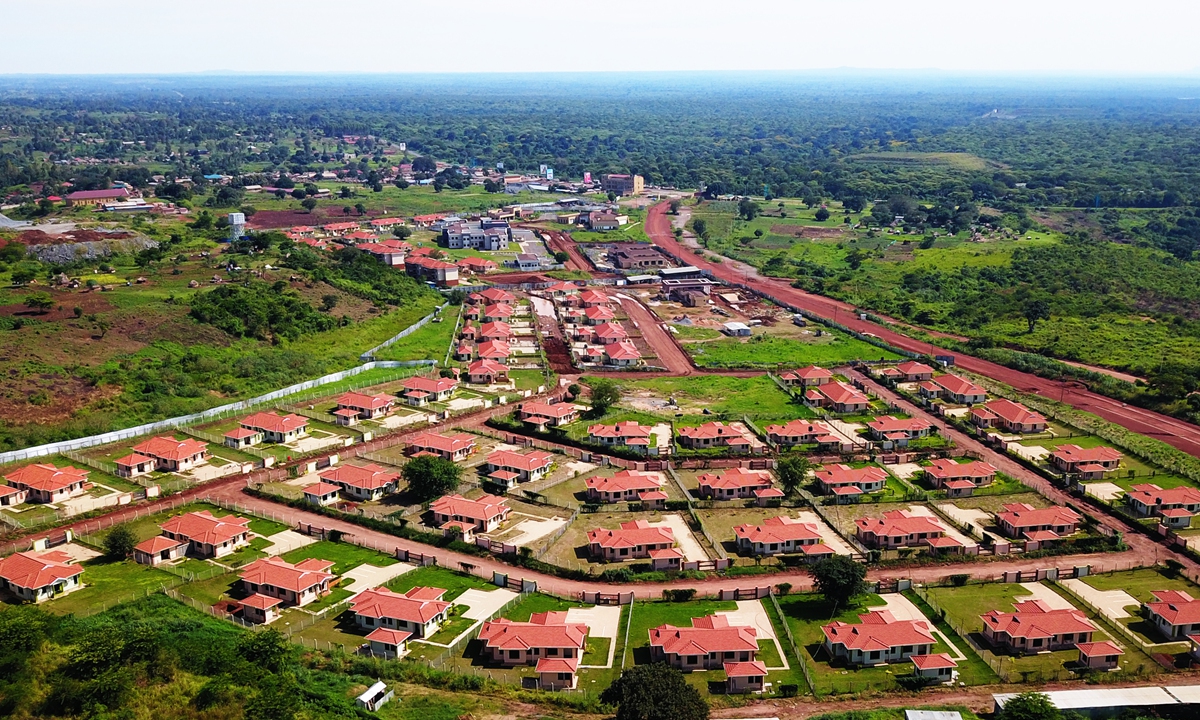 The newly-built residency near Karuma Hydropower Plant in Uganda.

The construction lasted six years, and the hippos were not affected by the construction of the Karuma plant. The process was praised by the local government as well as Uganda Wildlife Authority.

Moreover, in the construction of Murum Hydroelectric Project, the same company experienced an encounter with a group of monkeys.

Initially, the construction workers from Sinohydro Engineering Bureau 8 Co Ltd were often annoyed by wild monkeys. They sneezed into the builders’ shed and stole food, drinks and even mobile phones.

One day, a big blast scared the monkeys. Along with other animals, they suddenly vanished from the construction site area.

Since 2015, the constructions reduced and monkeys have gradually returned. Since then, a “monkey king” always chooses to sit on a big stone considered holy by residents and would throw stones at people.

The story taught the veteran hydropower constructor a lesson – if you occupy their habitat, the monkeys will throw stones to you!