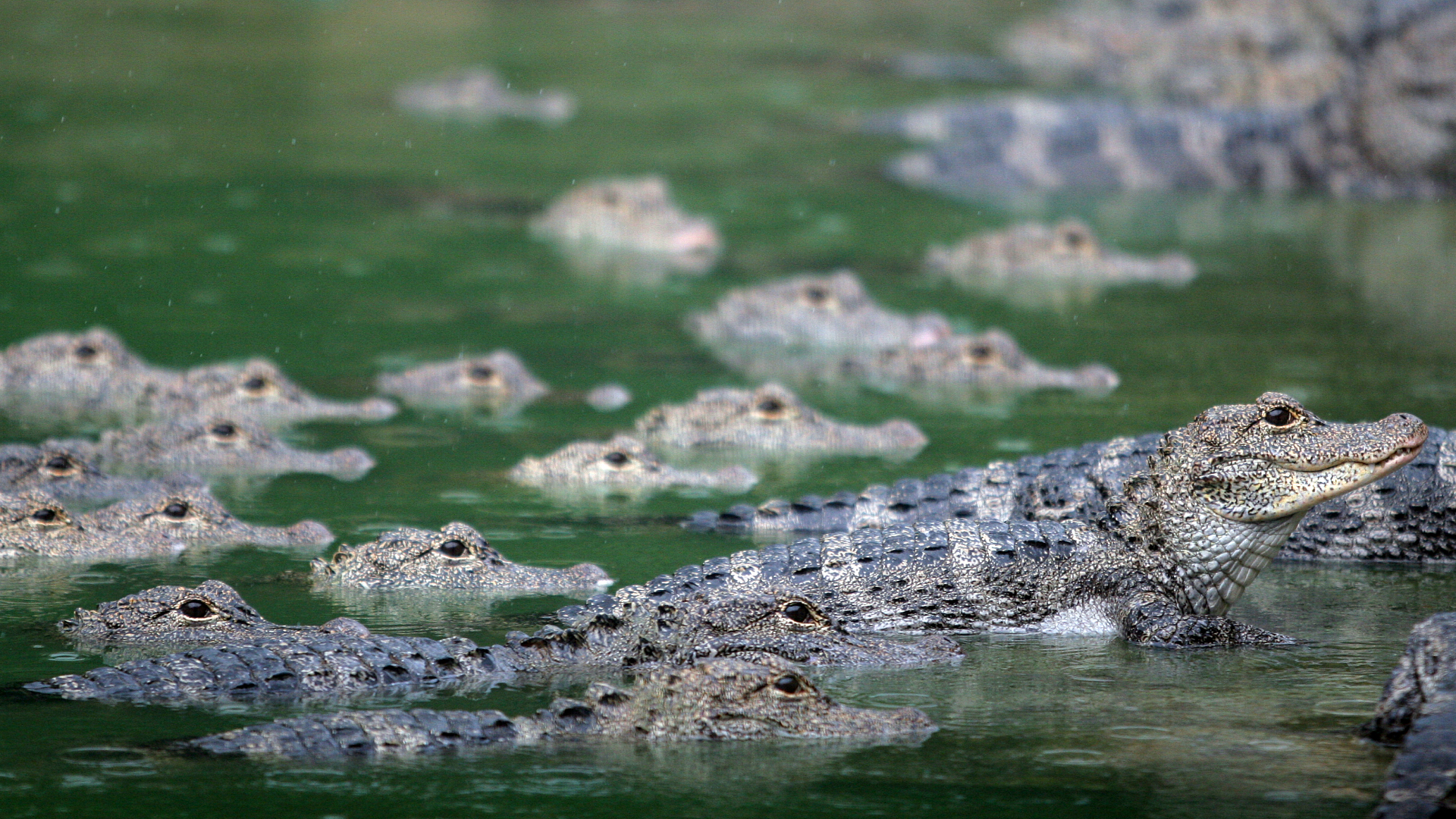 The National Forestry and Grassland Administration of China announced Friday that the population of the Chinese alligator has effectively increased after years of protection boosted by artificial breeding.

The Chinese alligator, also known as the Yangtze Alligator, is classified as critically endangered by the International Union for Conservation of Nature and Natural Resources (IUCN). Chinese alligators were once widely distributed in the Yangtze and Yellow River basins, but have been on the brink of extinction due to the impact of climate change and human activities.

A survey in 2003 showed that the number was less than 100. Since then, China has included Chinese alligators among 15 wild animals and plants for conservation and established the country’s largest Chinese alligator national nature reserve in eastern Anhui Province. It has successfully implemented habitat restoration, and at present, the majority of wild Chinese alligators in the country are in the reserve.

“At present, there are more than 200 Chinese alligators living in the wild, which means that we have stopped the extinction trend of the species. We also carried out optima selection and cultivating on the basis of the successful artificial breeding with the ultimate goal being to expand its population and rejuvenate the species in the wild,” said Sun Siqing, deputy director of the management department of Anhui Yangtze Alligator National Nature Reserve.

In addition to increasing the wild population, China has also established the Anhui Yangtze Alligator Breeding Research Center, which has overcome the technical difficulties of artificial feeding, spawning, hatching and overwintering of the species. In 1988, the artificially-bred Chinese alligator began to lay eggs for the first time, marking the success of artificial propagation of alligators in China.

“We have over 15,000 Chinese alligators artificially bred in the reserve at present. The number does not include those we have released into the wild and the population in other domestic zoos and breeding bases. The total number of the population is expected to exceed 20,000,” said Sun.

Staff members will feed the alligators based on size.

“How frequently we feed the Chinese alligators is based mainly on their sizes. Usually, we feed those that measure 1.2 to 1.3 meters once every three days. The food amount is based on related scientific research, which is equal to 6 percent of the crocodile’s weight. Chinese alligators cannot chew with their teeth, so they swallow the whole food in one piece and then use their gastric juice to digest what they ate,” said Xia Tongsheng, head of the animal management department of the Anhui Yangtze Alligator National Nature Reserve.

The Chinese alligator is a carnivore, feeding mainly on freshwater fish. They also eat snails, mussels, beetles and birds. Compared with the crocodiles in America and Africa, it is relatively docile, with no record of attacking humans or livestock.

At present, 1,040 artificially-bred Chinese alligators have been released into the wild by the reserve, according to the latest data released by Anhui Chinese Alligator National Nature Reserve. The released reptiles have laid 428 eggs in the wild, with 279 of them hatching naturally.