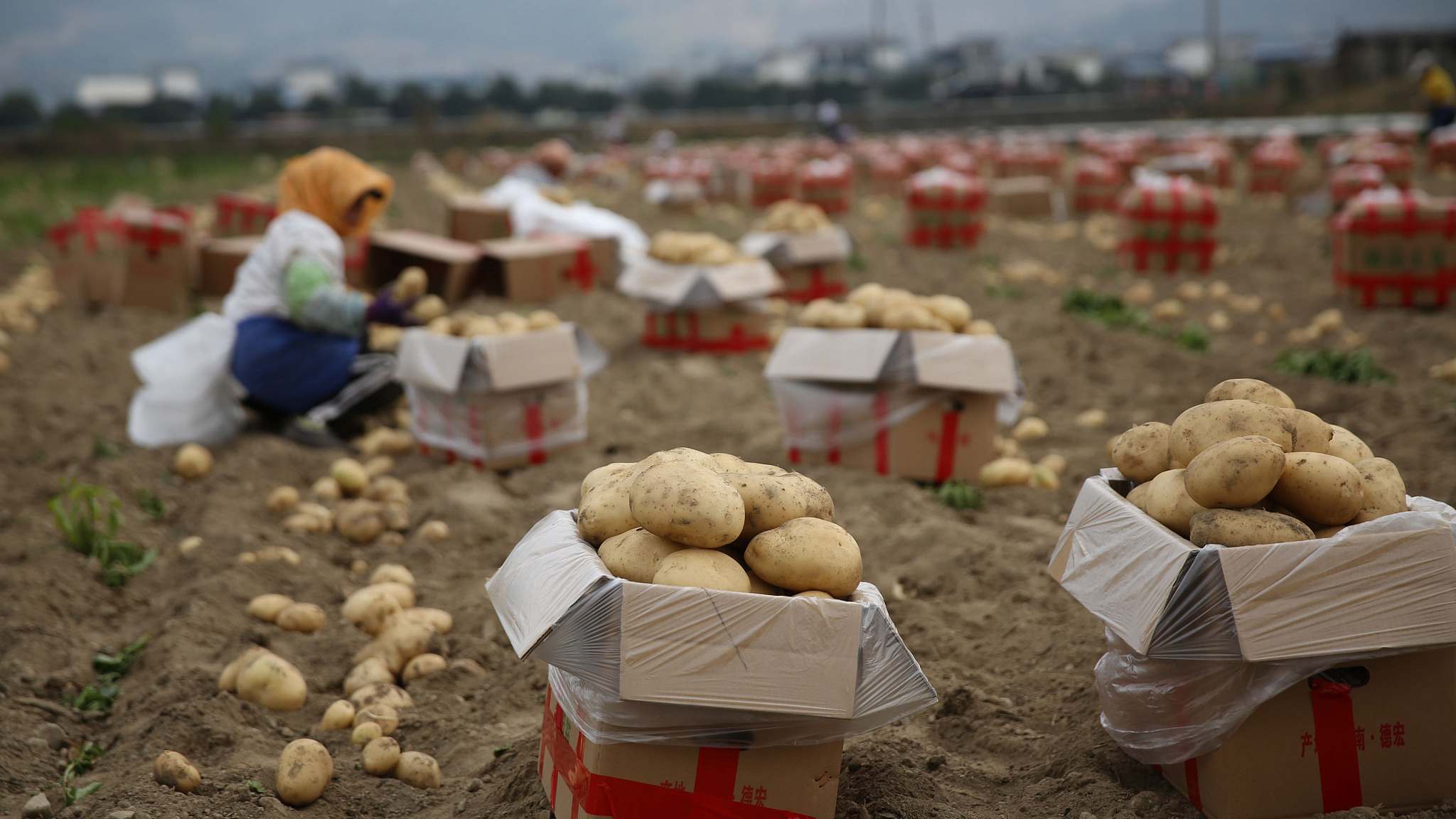 Chinese scientists have developed a generation of “pure and fertile potato lines” with genome editing technologies in a groundbreaking achievement.

The experiment, led by Huang Sanwen, a researcher with the Agricultural Genomics Institute at Shenzhen (AGIS) under the Chinese Academy of Agricultural Sciences (CAAS), used genome design to transform potato breeding from a slow, non-accumulative mode into a fast-iterative one.

Their study, titled “Genome design of hybrid potato,” was published online in one of the world’s leading academic journals, Cell, on Thursday.

Unlike other crops, potato, the tuber crop is clonally propagated rather than seed propagated.

Moreover, due to the complexity of its genome, potato’s genetic improvement and the breeding process are very slow, Huang added.

Many widely planted potato varieties around the world are hundreds of years old. However, a variety that lasts more than a hundred years does not mean it is perfect. In contrast, “it’s difficult to breed, and people fail to cultivate a replacement,” Zhang Chunzhi, first author of the research paper and member of the AGIS, told CMG. 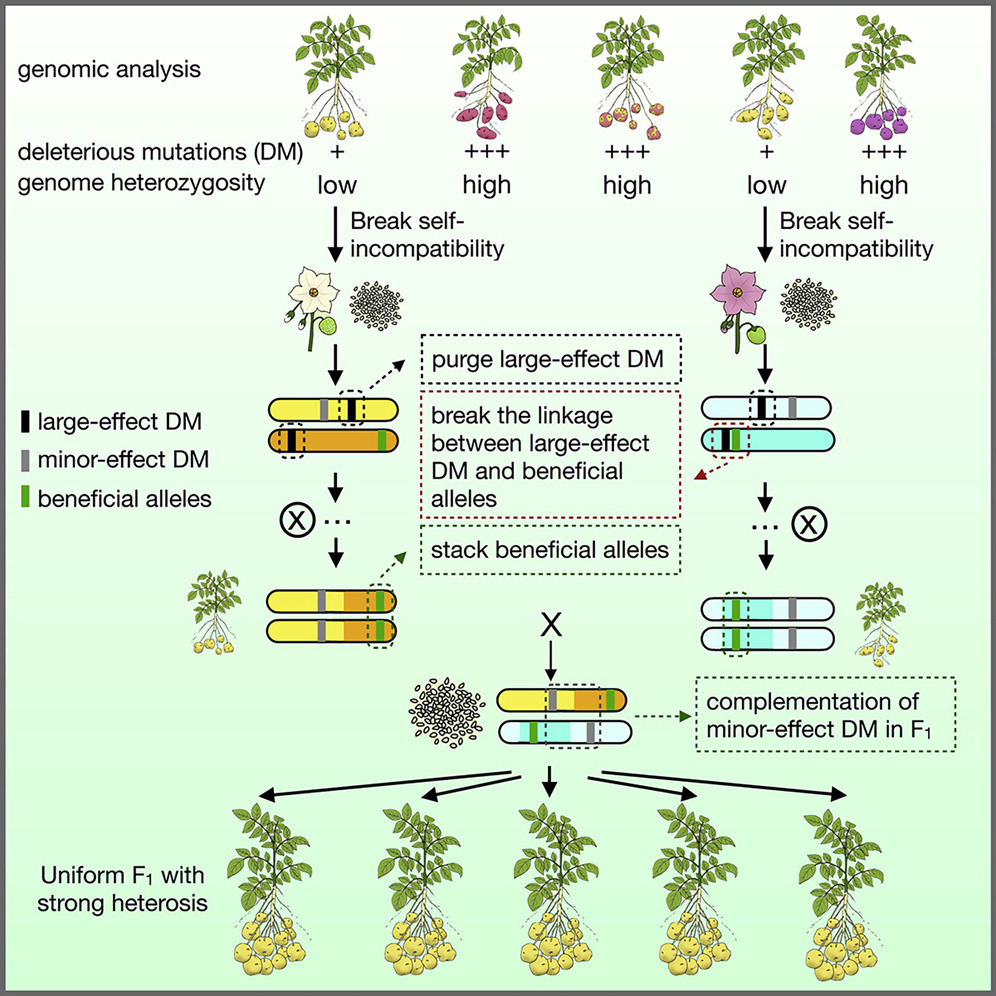 A graphic demonstration of the team’s research. /Cell

To address the challenges of potato cultivation, Huang and his team initiated the “Upotato Plan” in 2015, aiming to replace vegetative reproduction with hybrid seeds via genome design and improve potato breeding speed and reproduction efficiency.

“We must first solve the problem of self-incompatibility, which is that potatoes do not produce seeds after self-pollination. Through material selection and gene editing, we have successfully tackled the problem and produced seeds,” said Huang.

“Meanwhile, we have also discovered how to improve plant health and output. By genome design, we eliminated harmful mutations, aggregated good genes and finally cultivated the potato variety called ‘Upotato NO. 1.’ After testing, it has shown excellent performance.”

The research is the world’s first application of “genome design” in potato breeding, according to the CAAS.

Their international peers have recognized the team’s work. “This work is very important because it’s relevant to feeding the planet,” said Sofin Kamon, a member of the European Academy of Sciences. “What Professor Huang and his team did is they essentially reinvented the potato. They reinvented the crop almost from scratch. The hybrid potato and hybrid potato technology are really amazing in terms of taking the potato crop to the modern age of plant breeding.”

A trial of the “Upotato No. 1” potato was conducted in southwest China’s Yunnan Province last November. The output was found to be far beyond expectations this February.

“We now only need 2 grams of potato seeds for a one-mu land, compared to 200 kilograms of seed potatoes before, which greatly reduces the planting costs.”

For the next step, the researchers will strengthen the technology research and development, to prepare for the industrialization of potato seeds, Zhang added.

“Potato is a cool weather crop. The temperature in spring, summer and autumn is too high in southern China for potato to grow, while the winter season in the southern mountainous areas and most other regions in China is suitable for potato growth,” said Xiong Xingyao, vice president of Potato Professional Committee under the Crop Science Society of China.

“The ‘Upotato Plan’ has solved the problem of transferring seed potatoes among different regions. If we can make use of the idle winter fields in southern China, it may effectively help solve the problem of food security in China,” Xiong said.